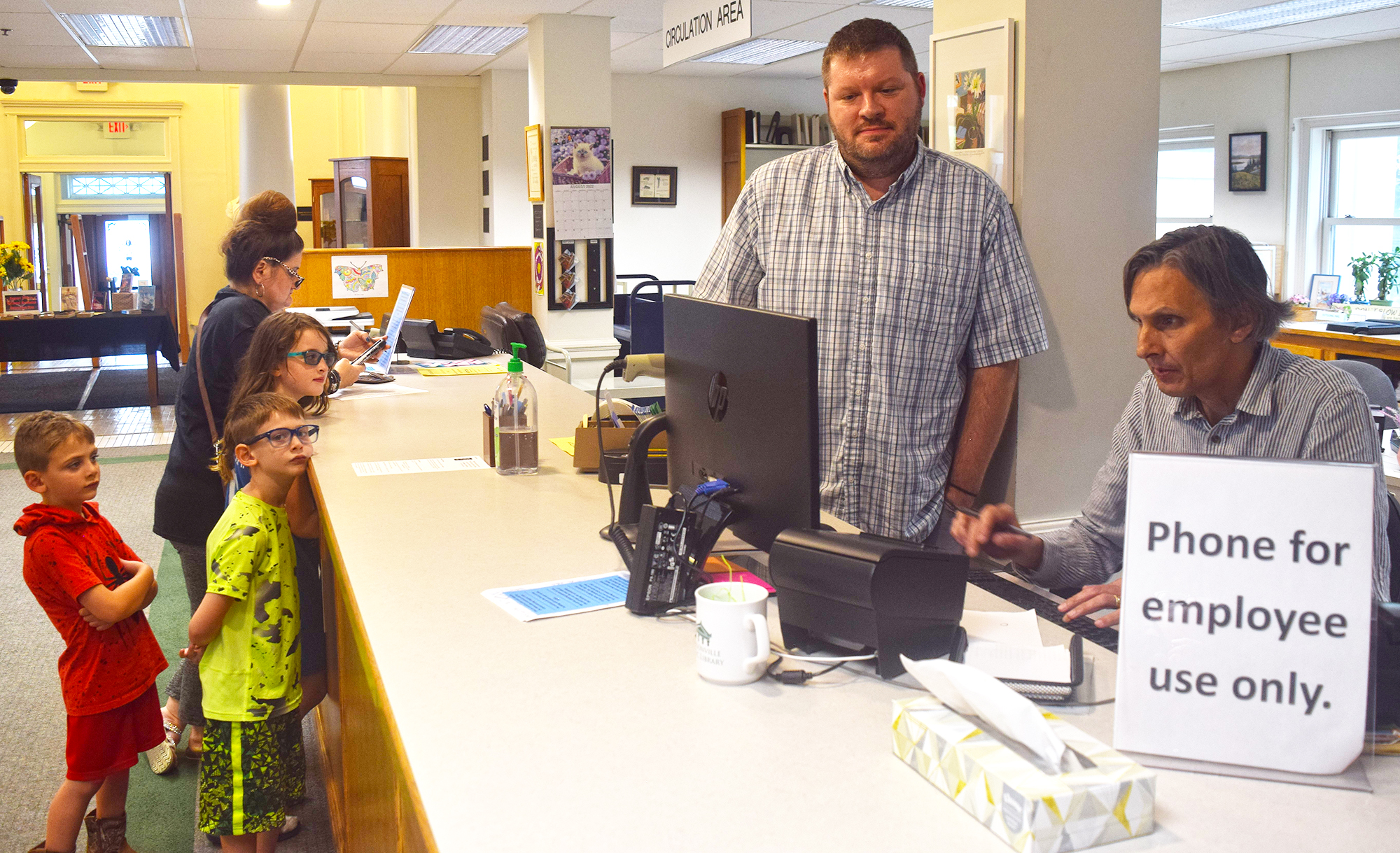 Jake Magnuson returned to Jacksonville to work, although the new director of the Jacksonville Public Library never really left town.

Magnuson assumed his new role on Monday after working at the State Library of Illinois in Springfield for seven years and, before that, the Henry Pfeiffer Library at MacMurray College. MacMurray’s work is what brought him to Jacksonville, where he has lived since 2007.

“The drive up here is better than Springfield,” Magnuson said.

He replaces Chris Ashmore, who resigned on February 7 for personal reasons. Ashmore was at the library for 23 years, 10 of them as director.

Mary Fergurson, chair of the library’s board of trustees, said the board has confidence in Magnuson because of his varied background and experience.

“The library’s mission is to meet the changing needs of the community and to serve the public well,” Fergurson said. “His background, interests, and knowledge of the Jacksonville Public Library, because his family have been patrons, were assets. It gives him great insight into the building, staff, and services he provides. We are glad to have him on board.”

Fergurson said Magnuson will be a good leader to move the library forward in the future.

“The breadth and depth of change in libraries over the past 20 years has been incredible, and I think those kinds of changes will continue,” Fergurson said. “We want to make sure we meet these ever-changing needs.”

Magnuson is excited to start his new role, something he really wanted to do when he graduated from the University of Missouri-Columbia with a bachelor’s degree in English and a master’s degree in library science.

“Columbia Public Library was remodeled when I was in school. It was twice as big and needed twice as many staff, so I started working there,” Magnuson said. “That’s when I started thinking about a career in libraries because I didn’t know what else to do with an English degree.”

Magnuson intended to work in public libraries but, when he finished graduate school, he couldn’t find a good candidate, so he moved to Jacksonville to become a reference and public services librarian at MacMurray. College from 2007 to 2014.

Magnuson then worked for the State Library of Illinois, most recently in the Library Development Group as a consultant for public libraries, where he handled, among other things, legal issues affecting public libraries. .

All of this was good training to prepare him to lead the library in Jacksonville.

“The State Library gave me information about the legal aspects of the library — and I have connections now as well,” Magnuson said. “Among the legal items affecting libraries are nonresident fees, building grants, per capita grants, and board vacancies.”

“One of the draws here is that the staff are wonderful. I knew the library from being a patron and bringing my kids there,” Magnuson said. “I knew I wanted to return to public libraries. It’s important work that involves more than just consulting books. We provide access to the internet and other vital services.

“Our strength is creating a sense of community. We have helpful and friendly staff. They know people by name. It helps customers feel more comfortable when they are here. It makes it easier for people who don’t use the library very often, or have problems with computers.”

Magnuson doesn’t have a clear vision for the library because he says no two communities are the same.

“What works in Chicago may not work in Jacksonville. I want to build on what Chris has built here. I can put my stamp on things over time,” he said, noting that there were vacancies to be filled. .

“The fact that the library has been running without a director for six months shows how good the staff are,” he said. “They continue to do what they have to do. We will improve things as we go forward.”

Magnuson enjoys reading a variety of literary genres, including nonfiction, mysteries, detective fiction, and graphic novels. When asked to pick a favorite book, he declined, saying, “There are so many books to choose from, it’s hard to pick a favorite.”

Magnuson and his wife, Natalie, have two children, Sophia, 15, and Will, 8. The Friends of the Jacksonville Public Library are planning a reception for Magnuson on Sept. 20.