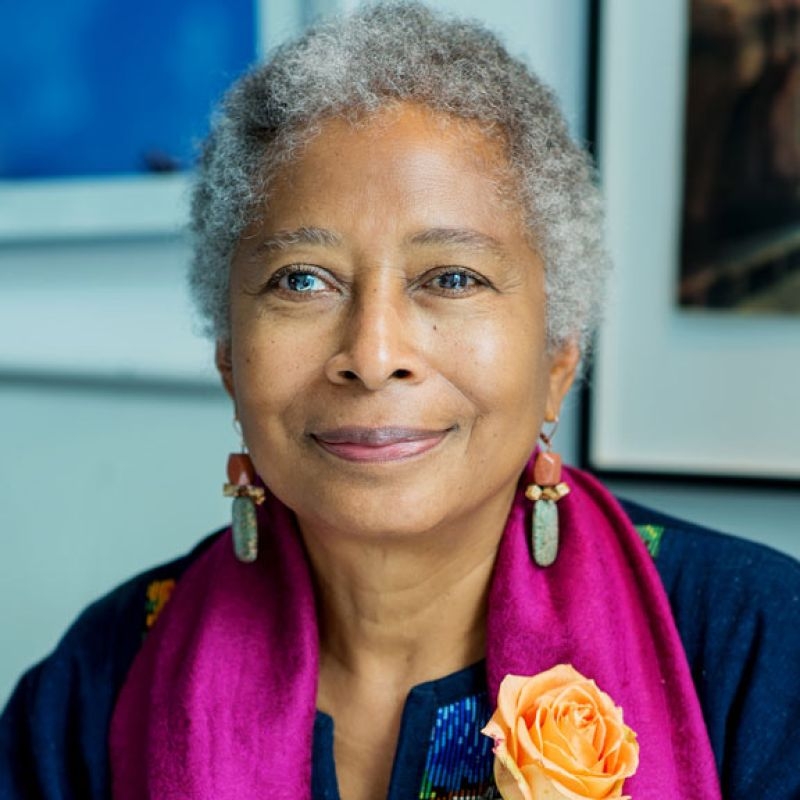 “Gathering Blossoms Under Fire: The Journals of Alice Walker” – the nearly 500-page anthropology of the acclaimed writer’s journal entries – begins with a poem inspired by Walker’s time in Jackson.

“As long as love is dangerous / let us walk bareheaded / by the Great River,” she writes in the second and last stanza of the poem. “Let’s pick flowers / under the fire.

The closing lines are a metaphor for the impulse that drove a young Walker to join the civil rights movement in Mississippi in the summer of 1966; he also nods to his decision to leave about 10 years later. Walker wanted to prove to her family that it was possible for a black woman to live freely in a place as dangerously racist as Jackson was at that time.

“This summer marked the beginning of the realization that I could never live happily in Africa – or anywhere else – until I could live freely in Mississippi,” Walker wrote.

But after several years of depression, loneliness and trauma – the result of watching civil rights activists face repeated abuse – Walker was burned, like an unattended fire.

“I was starting to unravel, my mind was in shreds,” Walker told Mississippi Today. “It’s incredibly difficult to live in a place where people you care about are so abused – bombed, shot and beaten, drowned and assisted and their homes blown up – it wears you down, and I’ve felt it all.”

“It wasn’t so much that I gave up on being there, it was just that I got burned out,” she added.
I really couldn’t stand it.

Walker’s diaries, published earlier this year, document his development as a writer. The diaries also show that Walker realized the type of community she wanted to live in, a community where creativity was not stifled by segregation. Walker and its editor, Valerie Boyd, who died earlier this year, hope it can serve as a “handbook” – or, in other words, a form of therapy.

“I want newspapers to be used so people can see this work of disappointment, anger, grief, regret,” Walker said in an interview with The New York Times. “So in that sense, it’s a medicine book.”

The first section—titled “Movement, Marriage, and Mississippi”—records Walker’s time in Jackson in the 1960s when she partnered with Melvyn Leventhal, a Jewish NAACP attorney, in the first legal interracial marriage in Mississippi. Many entries were written in the great yard of a North Jackson home and show Walker working through mindsets that will be familiar to any artist. – confidence, self-awareness and ambition.

“How strange – I find it hard to write honestly or well,” Walker wrote at one point. “Could it be because I dared to mention to Mel that I could one day publish this diary?”

The section begins in 1965 with Walker’s parents’ 32nd birthday – a time, she remarks, “that seems so long to live with someone and still enjoys being with them once in a while”.

In the following entry, Walker is on a plane, flying south from New York to Atlanta for an orientation for student members of the Southern Christian Leadership Conference. It’s the first time Walker — who grew up in rural Georgia, the eighth child of sharecroppers and valedictorian of her separate high school — has returned to the South since leaving to attend Sarah Lawrence College.

The time spent was invigorating. She mocks the whiteness of the clouds – one looks like a king, “whiter among his subjects and with pig ears and a muzzle”. She is less disgusted by the syrupy accents of white flight attendants. Then she’s out in the field, on a bus passing Morris Brown College, a historically black liberal arts college, to meet fellow infantrymen, whose togetherness imbues her journal entries with a sense of community.

Throughout the first section, before Walker married her husband in Mississippi in 1967, she talks about dating men who belong to archetypes – those who want to date their mothers or think it’s bourgeois to want to be a writer. She also plans to create her own philosophy – “not the philosophy of the absurd, etc., but a philosophy based on curiosity”.

Walker later does, coining the term “womanist” to describe what it means to be a feminist of color.

In Jackson, Walker is initially “afraid” to say she likes it, but she admires people who “do mostly what they want or think should be done.” Isolated in her home with her dog, unable to go grocery shopping freely with her husband, Walker begins to have nightmares in which she tells her family about “the beauty of the Mississippi Negro Bravery” but is then arrested outside a gas station. service.

“How strange, after so many trips, to land in Mississippi,” she wrote. “Certainly not the route Wright and Baldwin took. Mel would like to stay here a long time. I would too if only we could go two or three times a year. Soon we will be here for a year and a half. I’m starting to feel a colonizer.

She teaches at Tougaloo College and Jackson State University, and as she grows in prominence, she knows people are wondering why she’s staying in Mississippi. Her husband wants to stay, however, she oscillates between family responsibility and personal responsibility. She feels like she should live in Mississippi because of the political premise of it: “Imagine being afraid to be in your own country!” She writes. “Just to live anywhere with freedom requires a will to become an unchanging force, except through death.”

An incident, not described in the diary, brings clarity born of anger.

“I looked at the back of the bus driver’s head and hated him and everyone who looked like him,” she wrote. “I’m not going to stay here any longer – and all the soothing, explanatory, courageous speeches in the world are not going to cause me to stay here and be destroyed.”

Once she leaves Mississippi, it lingers. Walker lived in Northern California, but his first stop after leaving was Brooklyn. She divorces and lives with her daughter. She notes that Brooklyn is “remarkably” similar to Mississippi, but she’s decided that ideology doesn’t always equal endurance.

“We must go where we are not destroyed like those who hate us,” she wrote. “Home is wherever we can live human lives.”

Walker is a guest panelist at the Mississippi Book Festival on August 20.

We want to hear from you!

By listening more carefully to and understanding the people who make up Mississippi communities, our reporters have put a human face on how politics affects Mississippians every day. We listen carefully to our readers to help us continue to align our work with the needs and priorities of people across Mississippi. Please take a few minutes to tell us what you think by clicking the button below.

Republish our articles for free, online or in print, under a Creative Commons license.

Else Nutrition publishes solid financial results in 2Q2022 with